Wawpram / Daily Devotion / Excuse for them 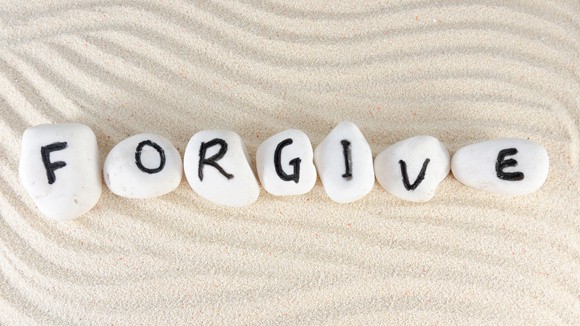 Today’s Devotion
Topic: Excuse For Them
Text: Luke 23: 34a

Jesus said, “Father, forgive them, for they do not know what they are doing.” Amen.

Wanting to release Jesus, Pilate appealed to the crowd again. _But they kept shouting, “Crucify Him! Crucify Him!” For the third time he spoke to them: “Why? What crime has this man committed? I have found in Him no grounds for the death penalty. Therefore, I will have Him punished and then release Him.” But with loud shouts they insistently demanded that He be crucified, and their shouts prevailed. So Pilate decided to grant their demand. He released the man who had been thrown into prison for insurrection and murder, the one they asked for, and surrendered Jesus to their will. (Luke 23: 20- 25)._

What did Jesus say to all these things? “Father, forgive them, for they do not know what they are doing.” Really? After all the injustice? “He must have been an exceptional man”, you would say. And yes He is! But He was also teaching us how to forgive those who trespass against us. *One of the ways to do so is to give ‘excuses’ for their actions by saying to yourself “they don’t know what they are doing”.

The other is to assess the situation from a higher (God’s) perspective.

i. *EXCUSING FOR THEIR ACTIONS:* This helps you deal with the pain. You see, it hurts so bad to see how someone chooses to deliberately make you suffer for being so innocent. To think that all of this is being done on purpose to destroy you will make it so challenging to forgive them. But to give reasons or excuses for their actions; just like a mother would do for her teenager who feels so right in their error, will make it easy to forgive.

You know mum would always let go the hurt by saying to herself, “this boy/girl is young and doesn’t know what he/she is doing”. So you see, excusing for them is a great way to forgive offenders just as Jesus did. However, there is a deeper secret. And that is to assess the situation from God’s perspective.

ii. GOD’S PERSPECTIVE: Now, this does not help deal with the pain, it helps us to actually forgive unconditionally. You see, a closer assessment of the trial of Christ from the more spiritual perspective, reveals that Jesus was not actually excusing for them after all. From that higher perspective, it becomes obvious that they really did not know what they were doing. They were fulfilling a course that God had permitted for the redemption of mankind. Jesus knew, but they had no idea. So as they tormented Him thinking they were getting rid of “one who was inciting a rebellion”, they were actually fulfilling some divine assignment.

Secondly, they had no idea that the devil was the ‘manipulator’ behind the scenes distorting their judgment regarding Jesus. Satan himself had thought that was the best way to ‘destroy’ Jesus and end the redemption plan. However, Jesus knew all these and so could easily forgive even the one whose hammer nailed Him to the cross.

So you see? In our own lives, we must apply these two principles to enable us forgive easily. Always give yourself excusable reasons why someone treats you so bad, just so you can deal with the pain and free yourself from their bondage.

Also, assessing the entire situation from the higher perspective that God knows why He has permitted these things your way makes it easy for you to forgive. This higher perspective also helps us identify who the real enemy (satan) is, so we don’t attack offenders for revenge.

Think about those who may be hurting or offending you right now. Make sure you do so from the godly position Christ has placed you. Forgive them and pray for their release from your heart. Also, ask God to help them to see things from the godly perspective as you do, so that they can repent and refuse to be the enemy’s tool box.

Always remember that although offences do not seek permission before knocking on your door, you can always excuse them off standing on the Word. After all, we are of a higher perspective, privileged to know that each offence is either a test or temptation. The decision to overcome or fall for them lies with the individual.

Choose forgiveness to obtain same from God. You know you need it.